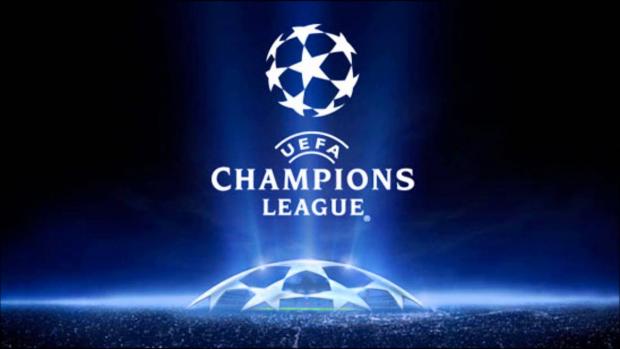 The Champions League returns on Tuesday with the first leg of the round of 16. All four teams featuring won their respective domestic league last season, with Benfica hosting Zenit Saint Petersburg and Chelsea travelling to Paris Saint Germain in a repeat of last year’s fixture.

The Estadio da Luz will host two sides who are both the top scoring teams in their country when Benfica take on Zenit Saint Petersburg.

Benfica’s 11 match winning run was ended on Friday in a 2-1 home defeat at the hands of rivals Porto in what was a game contested between the closest challengers to league leaders Sporting Lisbon.

In the Russian Premier League Zenit are off the pace, seven points adrift leaders CSKA Moscow as they near the end of their extensive winter break. Andre Villas-Boas will be hoping for his side to return to the form that saw them top their Champions League group when they return to the competition on Tuesday evening.

With Villas-Boas leaving his post in the summer and the club sitting in sixth place in the league, progress to the quarter finals of the Champions League will go a long way to restoring the reputation that was somewhat tarnished during his time in England.

Both defences will have to be wary of two Brazilian forwards in fine form: Benfica’s Jonas and Zenit’s Hulk. Jonas has scored 23 goals in the Primeira Liga, while Hulk has contributed to 20 goals in Russia, scoring 8 goals and providing 12 assists.

Chelsea will be looking to avenge their defeat to Paris Saint Germain in last year’s round of 16, a tie which the English side led three time only to lose at extra time by the away goals rule.

Since that dramatic tie, PSG have lost only once in Ligue 1 (they are unbeaten so far this season) while we all know about Chelsea’s domestic troubles. The ship has been steadied during Guus Hiddink’s second spell as interim manager but they can still be exposed in midfield, which is something PSG will look to do.

Veratti was the standout performer at Stamford Bridge last season, and he will be looking to do the same alongside the energy of Blaise Matuidi and the dependable experience of Thiago Motta. This trio will supply a front line who will be excited at the prospect of Chelsea’s defensive injury crisis.

Kurt Zouma is facing months out with a knee injury and John Terry remains a doubt for the game, so it is likely the back four will be those that finished the 5-1 mauling of Newcastle. Unlike Chelsea, PSG were uncharacteristically goal-shy at the weekend as they drew 0-0 at home to Lille. A player who could take advantage of Chelsea’s defensive reshuffling is Angel Di Maria who will return to England for the first time since his unsuccessful year in Manchester and will surely be eager to silence those who doubted his ability.

Eden Hazard has been rumoured in joining Di Maria in the French capital, though he could be crucial in the tie as he will be attacking whoever fills in at right back, following Serge Aurier’s indefinite suspension for his social media indiscretions and the injury to Gregory Van Der Wiel.

The Ghelamco Arena will stage one of the more unlikely fixtures in the round of 16 with K.A.A Gent v Wolfsburg. Gent managed to qualify second in a group that included Lyon, Valencia and group winners Zenit Saint Petersburg, while Wolfsburg won their group in dramatic fashion by beating Manchester United 3-2.

Wolfsburg are failing to hit the heights of last season domestically, sitting in in eighth place and 14 points worse off than they were last year when they finished the season in second place to qualify for this Champions League campaign.

Both sides will play on the back of 2-0 home wins, which was crucial for Wolfsburg with it being their first win in the Bundesliga since November.

Neutrals may regard the Germans as the favourites for the tie, but with their recent form so poor it will be interesting to see how Gent perform in what will be the first time a Belgian side has played in the knockout rounds of the Champions League in 15 years.

Roma will host Real Madrid on Wednesday in their third match against Spanish opposition, having faced Champions League holders Barcelona in the group stage which included a 6-1 loss.

The six goals Roma conceded to Barcelona in that tie contributed to the 16 they let in at the group stage, making their defence the joint second worst. This defence will once again be tested against a Real Madrid side playing with an increased freedom since the sacking of Rafa Benitez.

It will be Zinedine Zidane’s first Champions League game as the manager of Los Blancos and he will be keen to maintain his unbeaten reign against Roma who have also recently appointed a new boss – Luciano Spalletti, who replaced Rui Garcia last month for his second spell as manager.

Unlike Zidane, Spalletti has managerial experience in the Champions League and he returns to the club he managed between 2005 and 2009. Spalletti was in charge the last time the two clubs met in Europe, with the Italians victorious over two legs in 2008.

Roma’s victory came in a period when Real Madrid were eliminated from the Champions League at the round of 16 in six consecutive seasons, but have since reached at least the semi-final in each of the last five. Roma have a tough task ahead of them to prevent Real Madrid progressing, but they can take heart in the performance that saw them draw 1-1 at home with Barcelona earlier on in the campaign.